IGNORANCE IS NOT BLISS

WHEN RIGHT IS WRONG 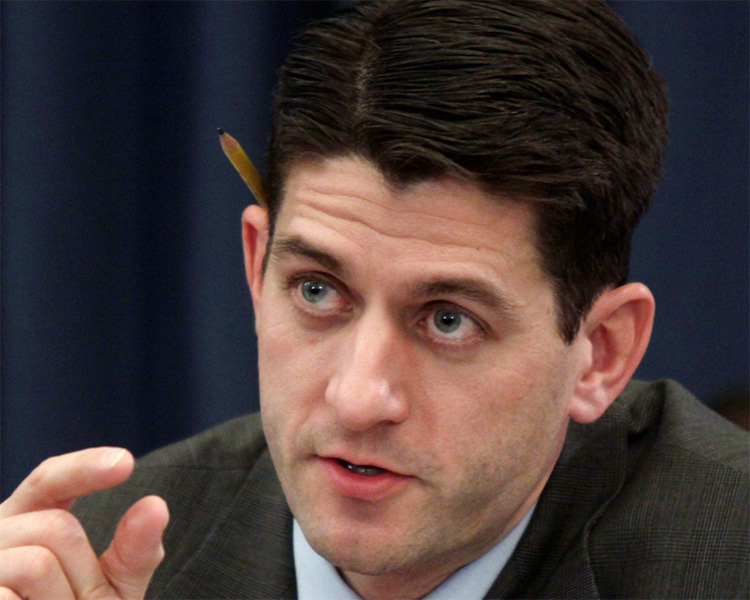 IGNORANCE IS NOT BLISS

I am so thoroughly disgusted with this new Republican majority in our government. They get elected on outright lies to the American people, promising to concentrate on balancing the budget in a fiscally responsible manner, and then enter office and do nothing of the sort.

Look I'm all for getting out of debt, and quite honestly the way our government is run would put anyone out of business, however government cannot be just about the money. It has to be about the people, and what is in their best interest. Cutting funding for NPR, going after Planned Parenthood, worrying about abortion rights, trying to repeal health care reform, and destroying the lower, and what's left of the middle, classes while lining the pockets of big corporations and Wall Street executives is the opposite of what is in the public's best interest, and doesn't even come close to balancing the budget in a fiscally responsible manner. Republican or Democrat, I think you'll agree.

Right now we have a government shutdown looming just days away. A part of me says the Democrats should grow a backbone and tell the Republicans to shove it, however another part of me sees all of the employees that will be laid off, or "furloughed" as it is known. My wife is one of these people as she works for the DOJ. These are people's lives! We already have a shit economy and now we're going to tell these hard working citizens, "Sorry, we're too busy campaigning for the 2012 election to concern ourselves with you little people." THIS IS CRAZY! Everyone in this country deserves the right to earn a living. When you furlough a large number of people and they no longer have the income to pay their bills, do they shop at the same stores? Of course not. They save every penny they possibly can while collecting unemployment so they can put food on their table and keep a roof over their heads. So here's your "trickle down" economy Republicans. There's nothing to trickle down because what trickling is more and more poverty as so many businesses are forced to declare bankruptcy and/or shut down. OK, forget about businesses, how about individuals that are declaring bankruptcy? Right now the percentage of bankruptcy filings is through the roof.

The Republicans keep saying over and over again how the country came out last November and declared that they wanted this change. The reality is far different. First of all, the percentage of the population that came out to vote was dismal. Secondly, when you tell someone that you want to balance the budget in a responsible manner, I think this is far from what was expected. How about just eliminating the Bush tax breaks for the wealthiest 2%? That puts 700 billion dollars back on the table. How about closing the tax loopholes for corporations? Oh right, I forgot, those are the people that really pay the Republican salaries. None of you reading this really believe that these bastards who are now proposing to cut Medicare and give coupons to our senior citizens, letting them fend for themselves, or who are currently considering approving new oil drilling permits for companies like BP, just exist off of the salary they get for being in office do you?

What is going on in states like Wisconsin, New Jersey, and Ohio right now is also something every American should be considering. Why is it all of sudden so important to take away worker's rights? We may have forgotten about unions but they are the sole reason why we have a minimum wage, a 40 hour workweek, employee benefits, and salary adjustments to coincide with inflation. Ahh yes, once again, it is the corporations lining the pockets of the Republican party. Of course it's in their best interest to do away with collective bargaining and try to diminish worker's rights. That's how corporations can make more money while taking advantage of their workforce without repercussions.

The really sad thing is that the majority of this country brought this on themselves. By not bothering to vote in the last election we allowed these people to enter office and gain control of the House of Representatives. We don't even have left and right anymore. We have middle and lunatic.

In fairness, I'm not going to make this all about the Republicans. The Democrats are very much to blame for all of this too. If they had stood up when the country voted them into the majority in both houses and gave them the White House, and did what they said they would do during their campaigns, the American public would have seen a multitude of positive changes in this nation. Unfortunately they spent too much time worrying about playing nice with their rivals, who very wisely, wasted as much time as they possibly could through bad negotiations and other underhanded tactics, that nothing truly significant got done. OK, we have a form of health reform that was passed, but you know what? If we didn't bother to waste time on the Republican agenda we would have a public option and some real reform. Instead of we have a very watered down version of what we were promised by our President. This is why the American public is disenchanted with the Democrats and I don't blame them one bit. However, you don't cut off your nose to spite your face. The Democrats are most certainly the lesser of two evils and unfortunately that's exactly what the public is seeing as each new day unfolds.

We have an amazing right in this country. That right is to go to the polls and elect the people that best represent our values as citizens and we need to exercise that right whenever we get the opportunity. I so often hear people say, "It doesn't matter. My vote doesn't mean anything." Well, when you don't use it that's 100% true. In 2008, when Obama was elected President, who do you think made that happen? I can guarantee you it wasn't the Republican party nor was it the Tea Party. It was the citizens of these United States that got off their butts and went to the polls. Believe me, each vote makes a difference.

There's honestly not much we can do until the next election. We've made our bed and now we must lie in it. However, we can educate ourselves on what is really happening in our country. Who are these people that are supposedly leading us? By the way, I'm not just talking about Republicans. I'm talking about all of our elected leaders. Find out who backs their campaigns, who they are appointing once elected, and take a hard look at their track record. It's very easy for someone to say whatever the current audience wants to hear, but it's quite another to see if they really believe and/or act on those ideals. Ignorance may be bliss but it isn't helping our society one bit.